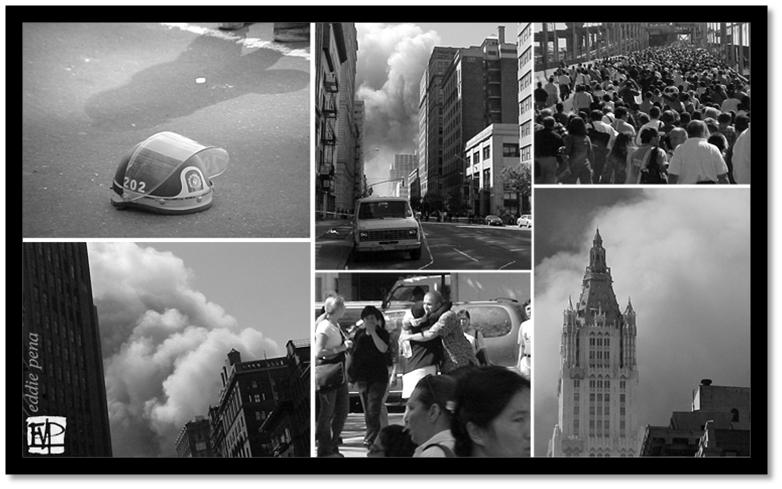 911. I was on the L train heading out to Brooklyn, but I never left Manhattan. I was sitting, patiently waiting for the train to move when someone said a plane had hit the Twin Towers. I immediately thought about the article on the plane hitting the Empire State Building in 1945 and I figured it was just another accident. Everyone was then evacuated from the subway. When I reached street level (14th Street) I found myself surrounded by a scene straight out of a science fiction movie. People everywhere covered in dust, long lines of people in front of public phones to contact loved ones, police officers armed with shot guns and rifles. I’m worn out just writing about it. I wanted to know all the details of what was happening but my reaction was to capture the moment. I did not have paper and pen but was equipped with a Sony Digital Mavica camera. Once I took out the Mavica, the first thing I saw was the police officer’s helmet on the floor… what an impact that had on me. I cannot pretend to know or understand what happened on that day, all I know is that people where dying as I numbly walked trying to comprehend what was going on.

The drawing and photos below were done the year after at the memorial. There was complete silence as many stood listening to the names being echoed, tears streaming from many eyes. My heart and prayers are with you all. 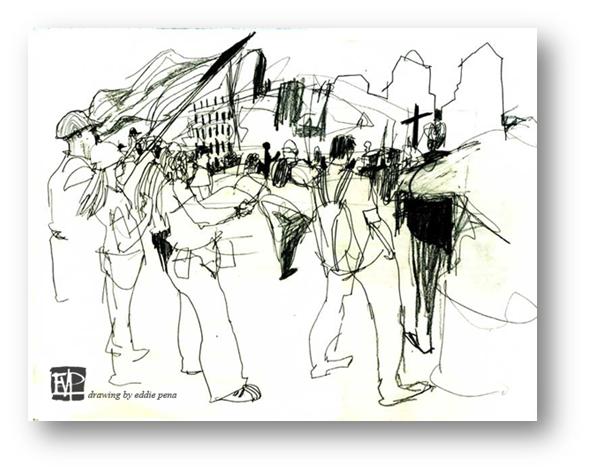